Measurements and calculations of electrical and magnetic fields are among the standard services offered by FKH. Since the early 1990s, public uncertainty has been the main reason for a rapid increase in demand for measurements and calculations of electrical and magnetic leakage fields (EMF) from electrical energy supply systems and their potential effects on health. Only a few commercial measuring instruments and calculation programmes for EMF were available at that time. This situation changed rapidly in subsequent years thanks to the publication of limits and precautionary levels in the Ordinance on Protection against Non-Ionising Radiation (NIRO, SR [Systematic Collection of the Federal Law] 814.710) in 2000.

Calculation programmes have become widely available in the industry since the turn of the millennium. In order to meet the continuing requirements of grid operators, FKH has therefore specialised in additional and complementary issues that still receive inadequate coverage in the industry. Among other things, these include interactions of the fields with other equipment, the combination of different frequencies and the effectiveness of remedial measures and electromagnetic shielding.

As well as determining the electrical fields on overhead lines, FKH also calculates the emissions due to corona activity in overhead line cables: corona noise levels and electromagnetic interference levels. The focus in these studies is not so much on the absolute value, but rather on quantifying the influences of the conductor cable diameter and the bundle and phase geometry. 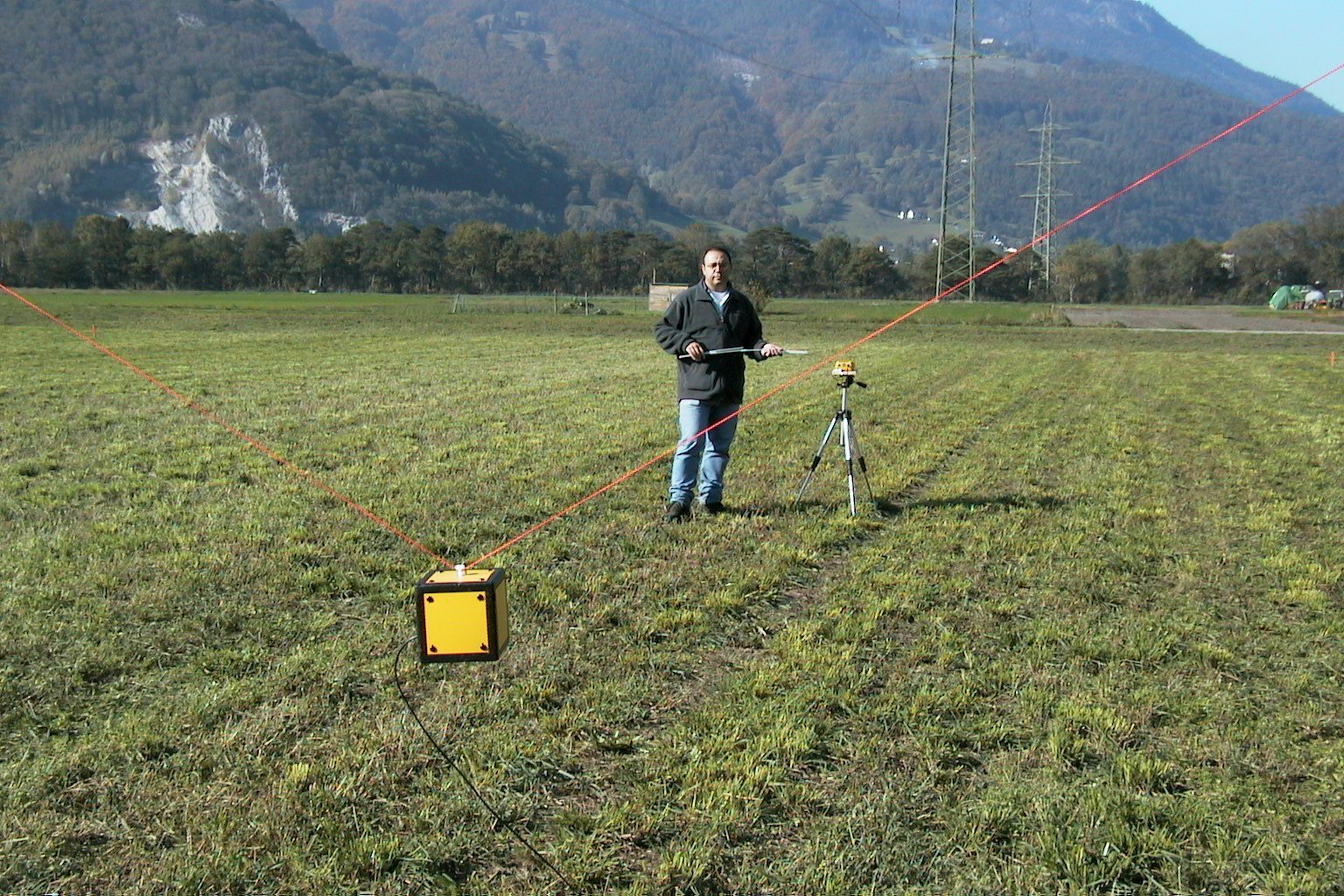 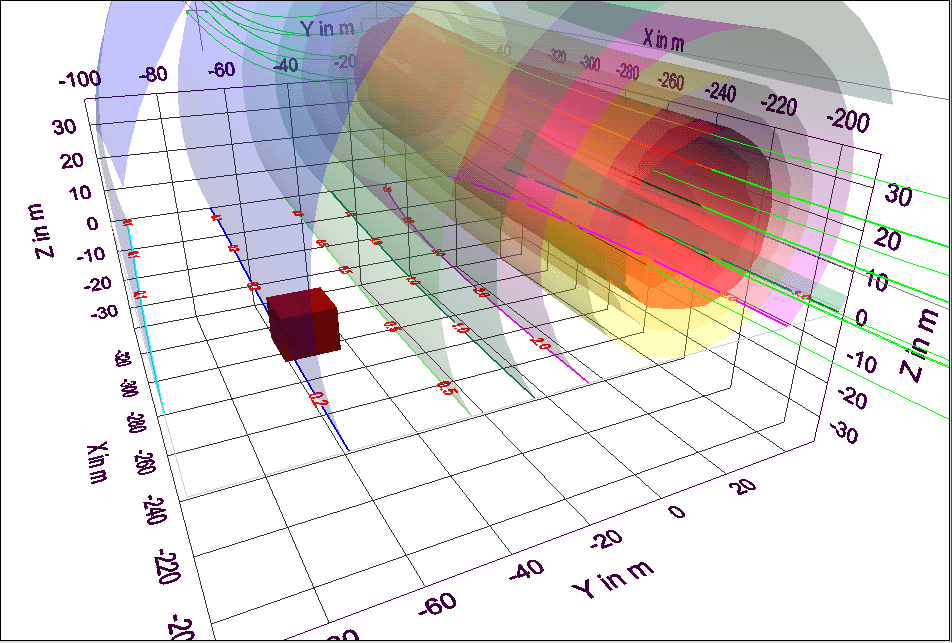 FKH addresses influencing issues in connection with grid frequency and also influencing problems relating to transient events. Consistent implementation of design rules and protective measures make it possible to avoid electromagnetic compatibility problems in many cases. FKH advises its members and, as a service, undertakes investigations with the use of measurement technology as well as theoretical studies.

Electromagnetic compatibility questions relate, on the one hand, to the influence caused by operational frequencies: in most cases, this concerns the magnetic influence (but also, in rare cases, the influence via an electrical field (capacitive influence)) that heavy-current power lines and railway installations can exert on metal infrastructure lines. FKH has calculation tools to determine influences of these sorts during operation and in case of faults. 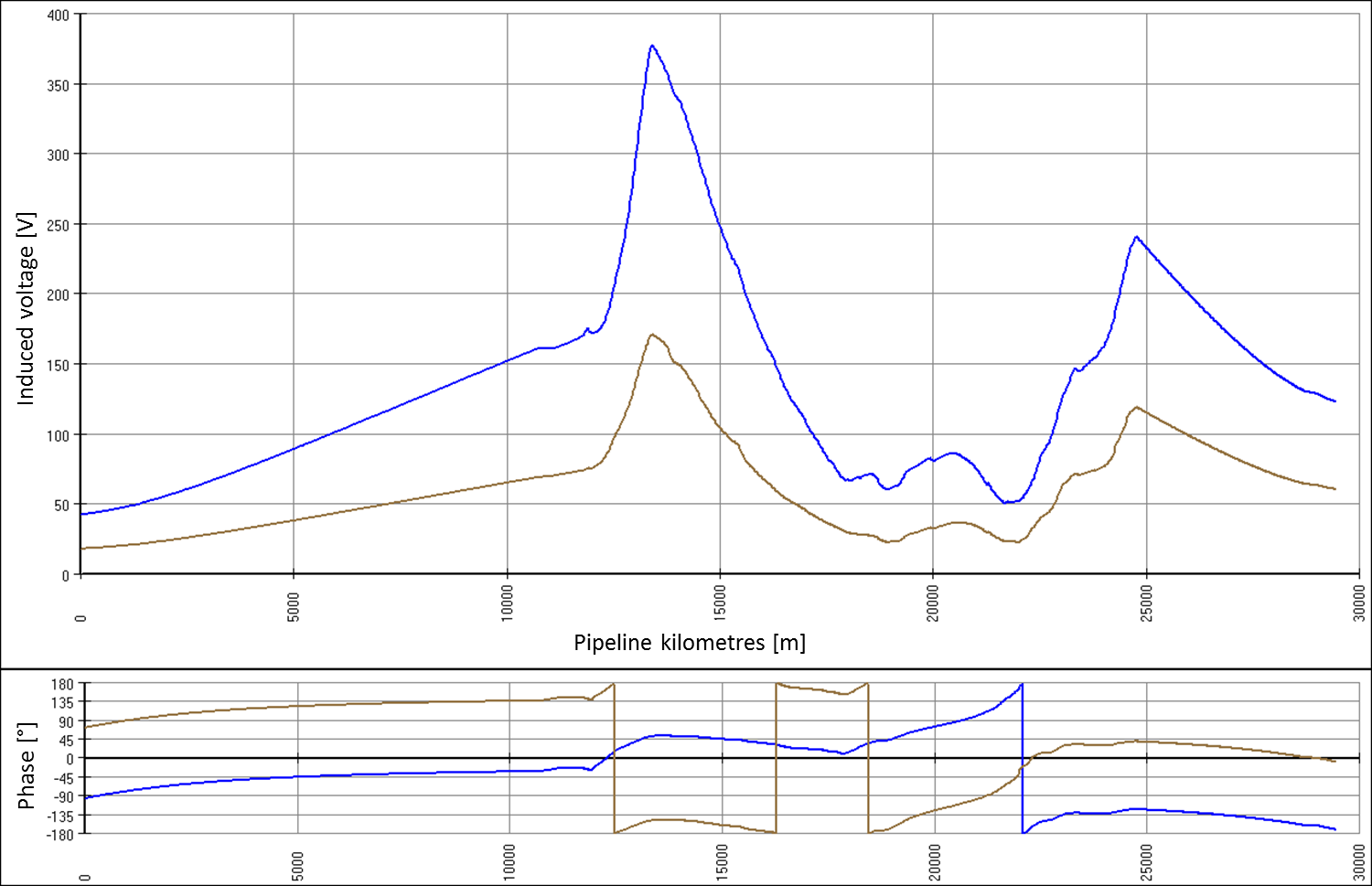 After route maps for electrical power lines, communication cables or pipelines have been imported into this program, it can calculate the induced voltages for the influenced lines both during normal operation and in case of a fault. 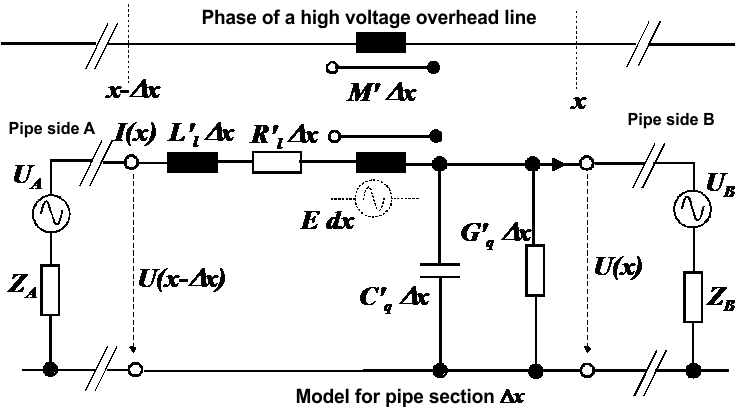 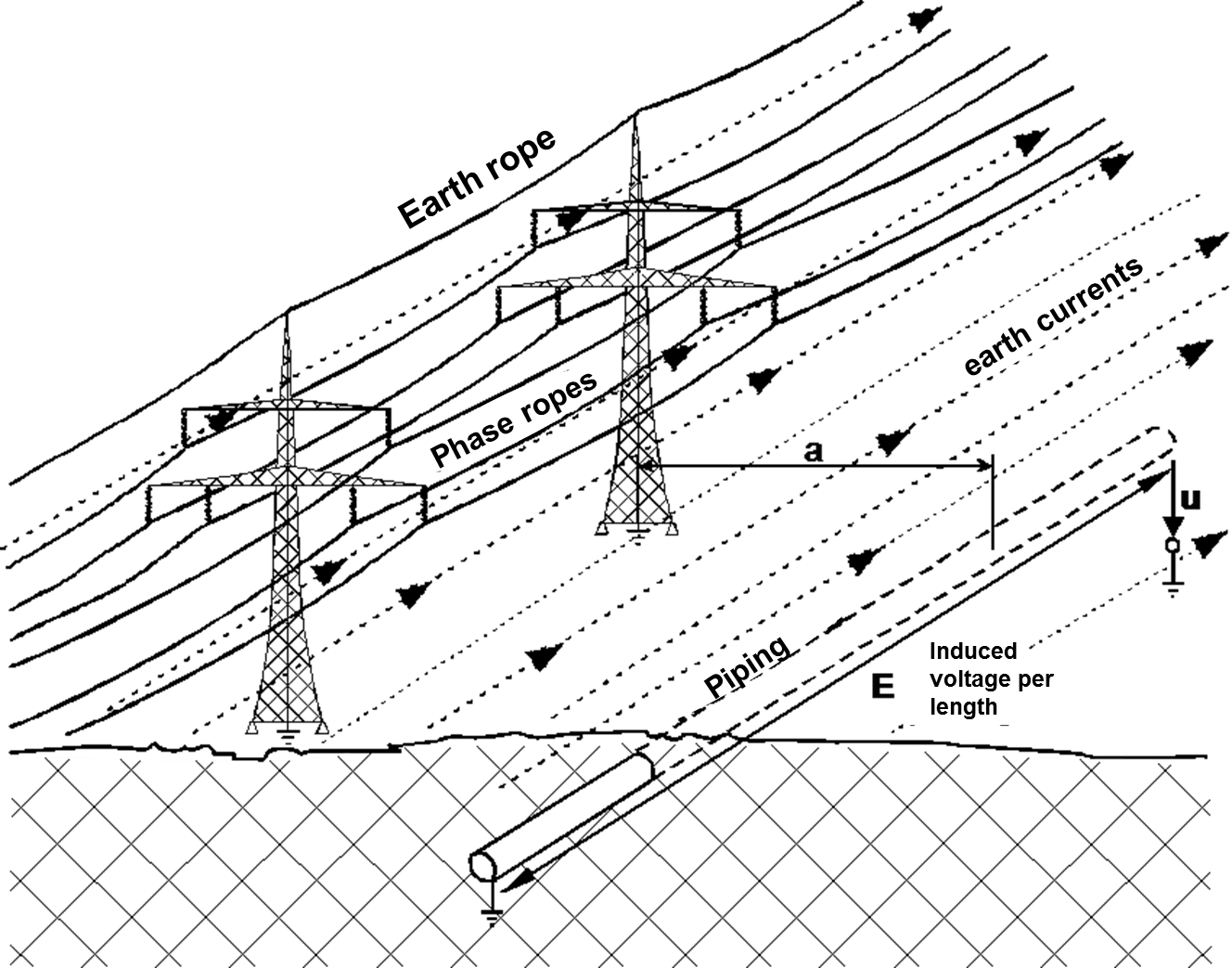 Schematic view of an influencing situation 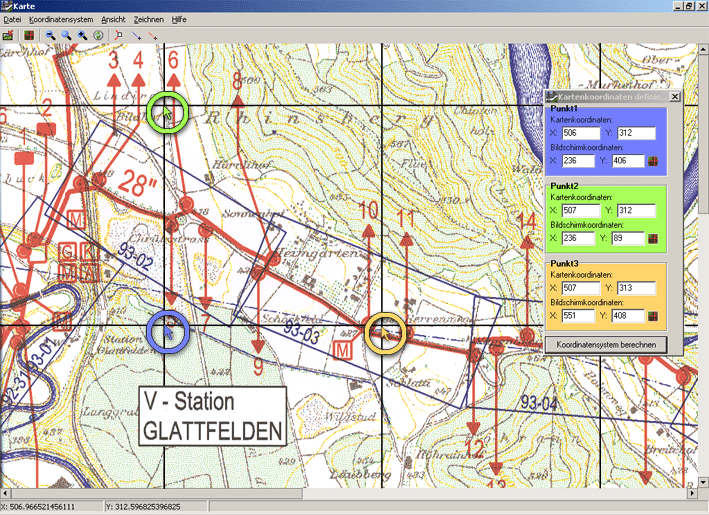 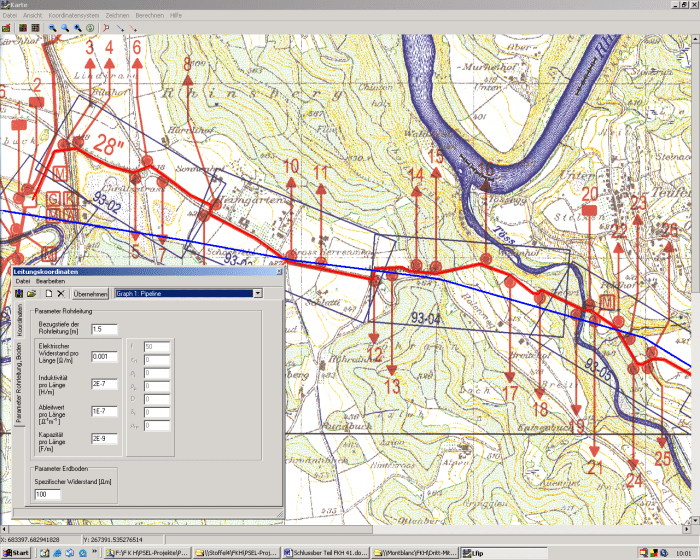 On the other hand, FKH offers investigations of various influencing mechanisms in the high-frequency range. When switching actions take place, steep current slopes occur; in such cases, the rapidly changing magnetic fields can briefly induce very high interference voltages in adjacent electrical installations. The related problems are mainly investigated with the use of measurement technology. Measuring equipment is available for all influencing variables (electromagnetic fields, induced voltages and currents). 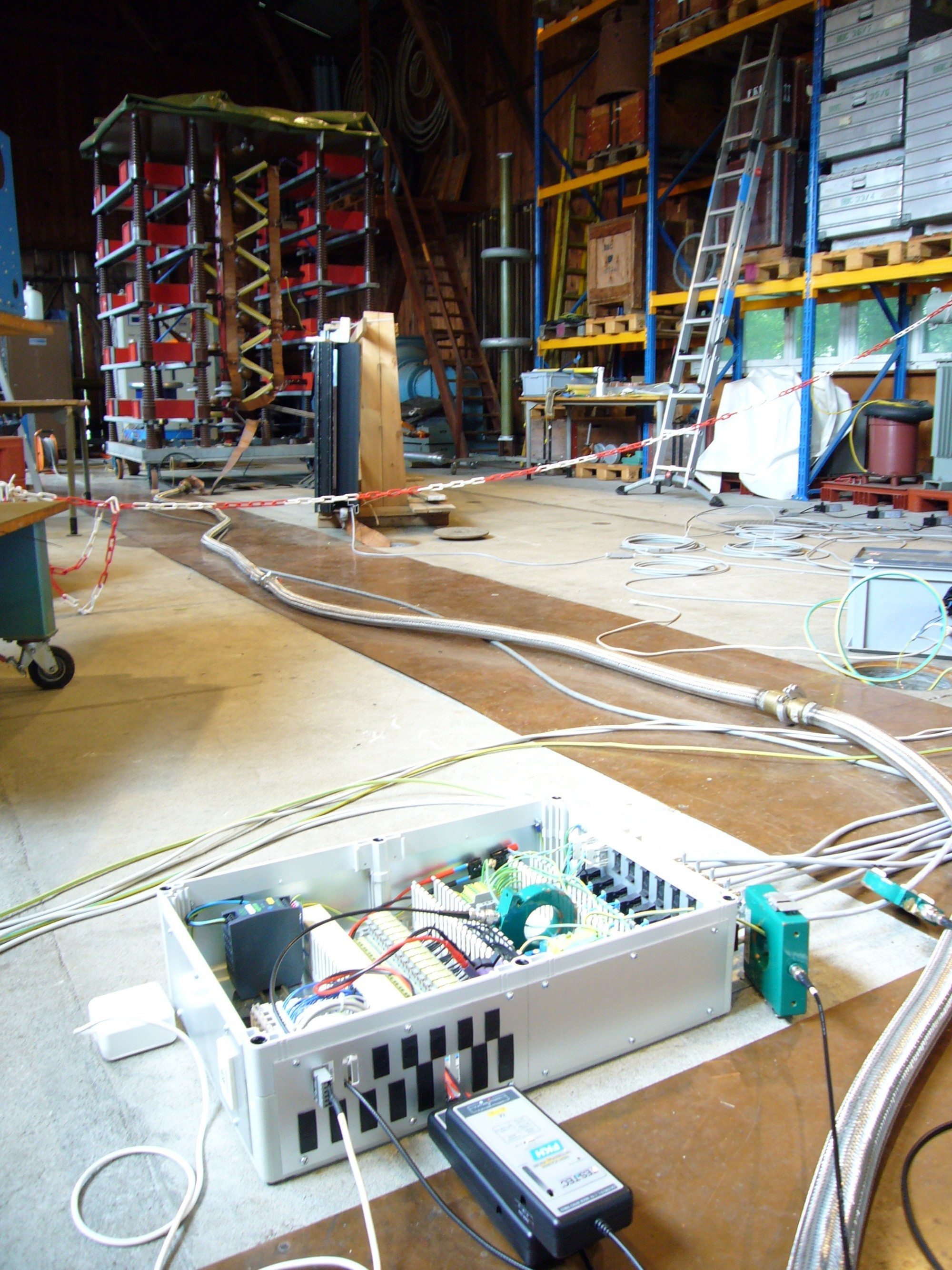 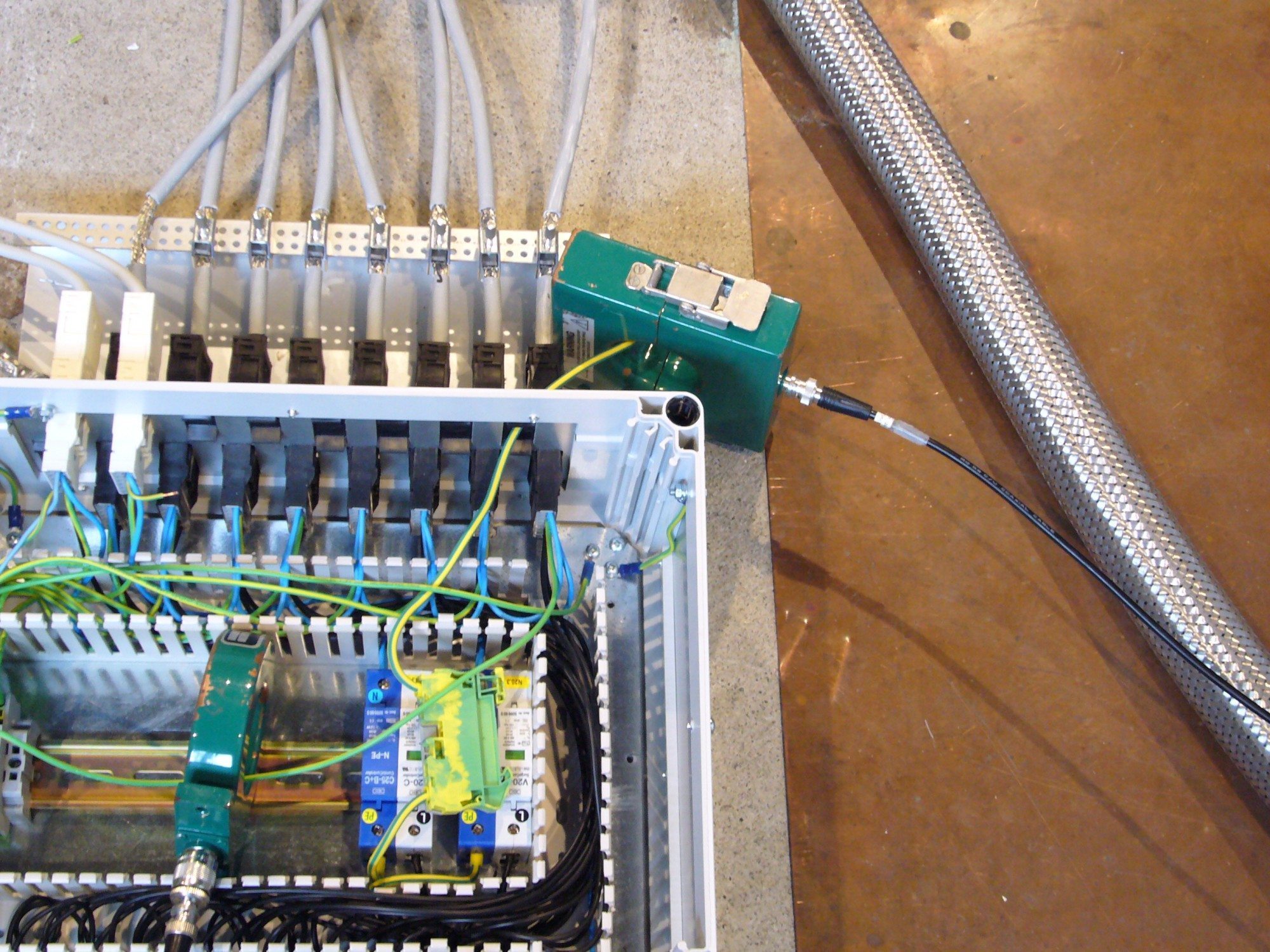 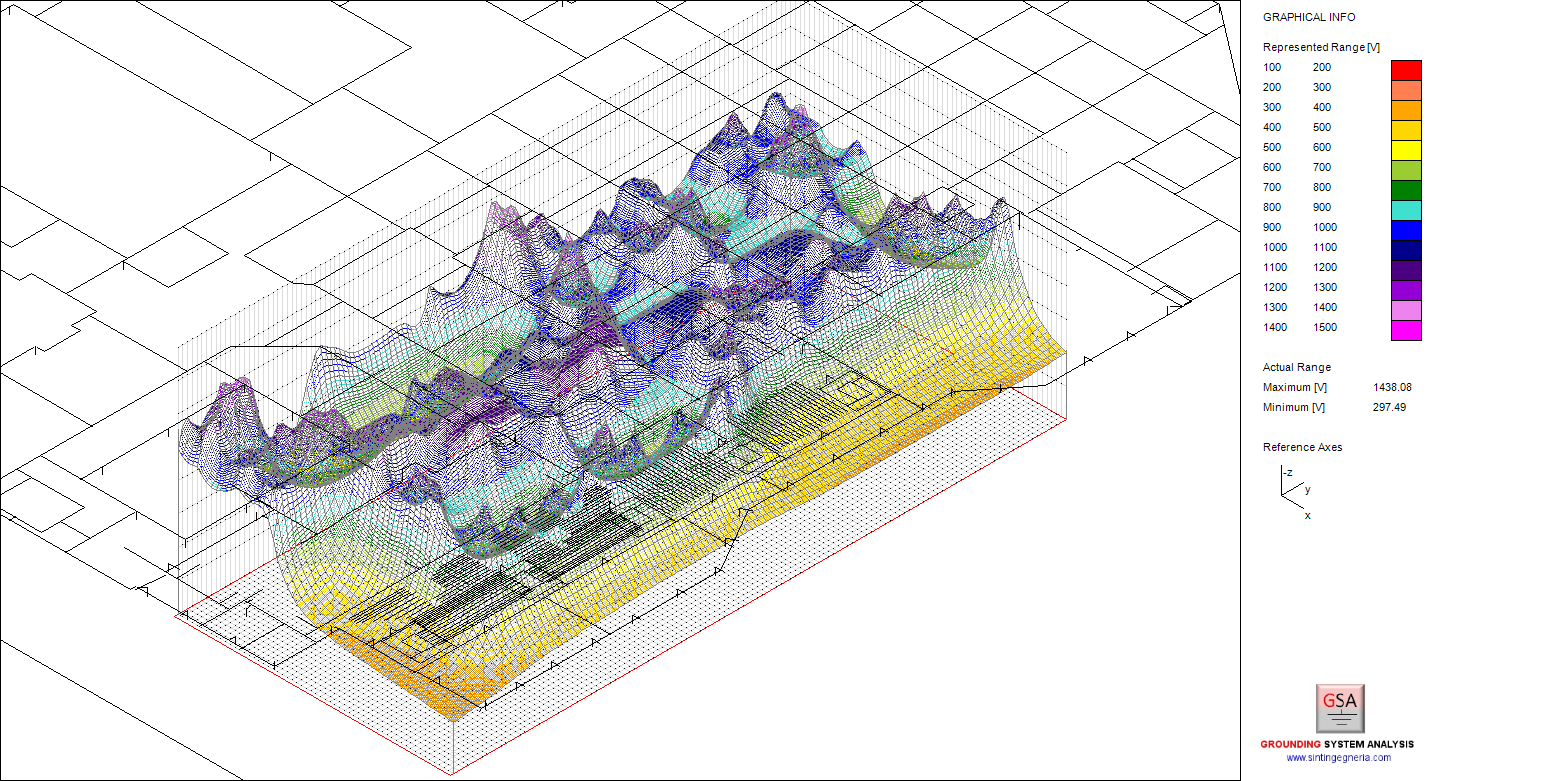 Result of a grounding calculation: Ground potential in the form of a three-dimensional colour-coded area

FKH has software for the design and dimensioning of cable systems that allows the following analyses:

Multiple single-phase and three-phase cable systems can also be simulated at any desired frequency. A graphic user interface supports input of the cable structure (Illustration 1) and the installation layout. The calculation results are entered directly in the chart (Illustration 2), or they can be outputted as tables containing all the relevant data such as resistances or losses in the conductor and shielding. 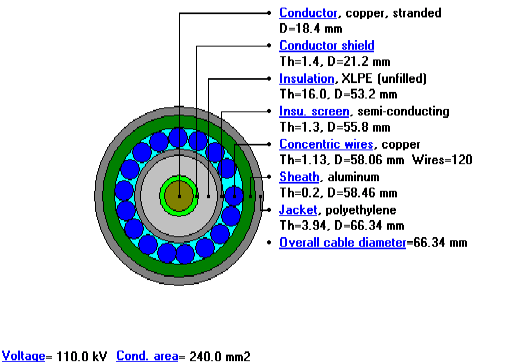 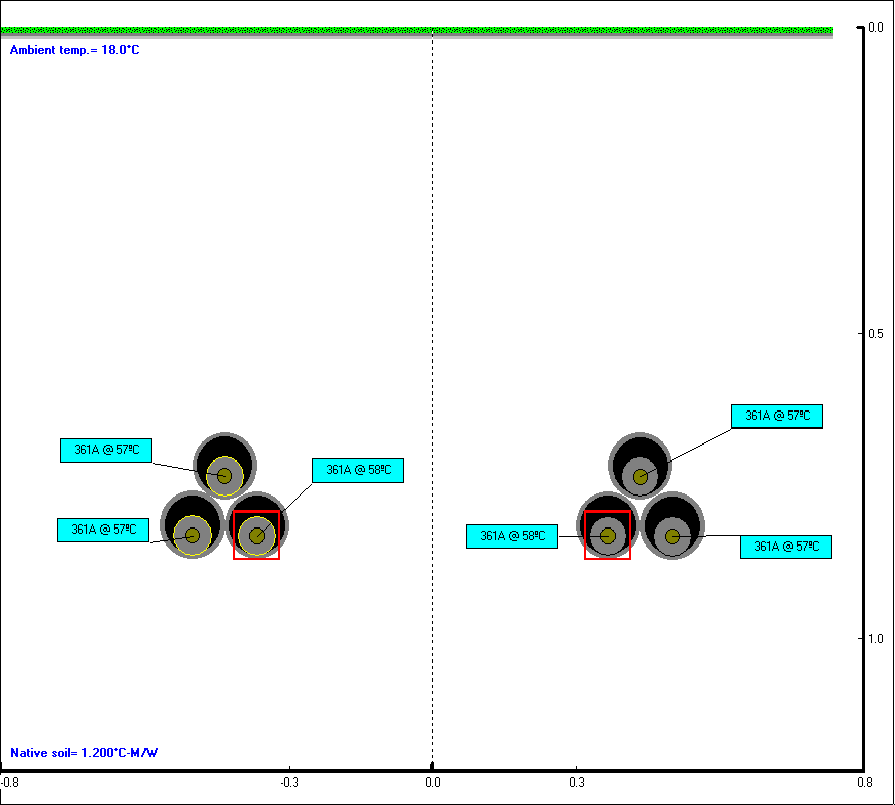