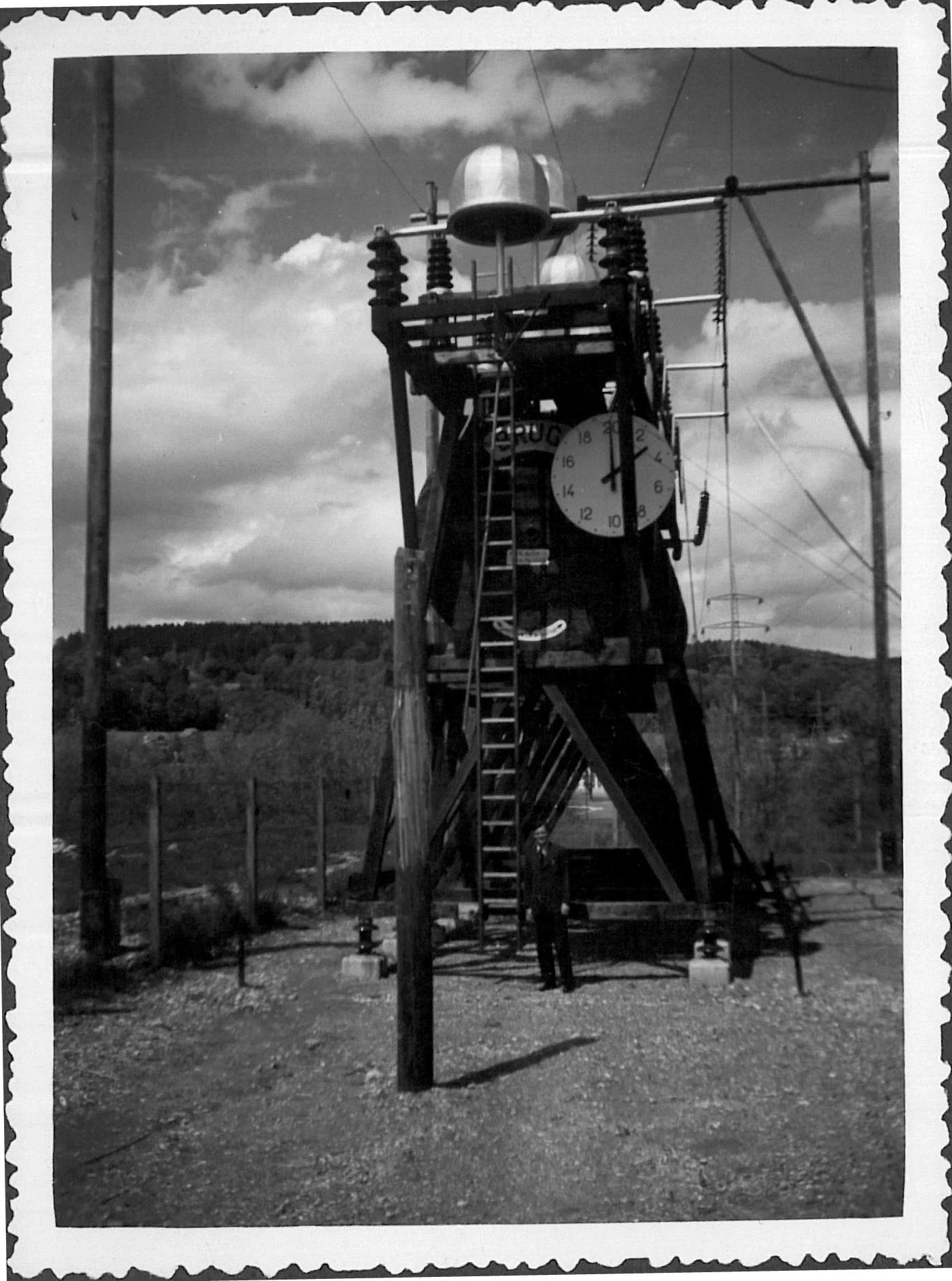 The FKH (High Voltage Testing and Engineering Commission) was established on 4 May 1937 at a constitutive meeting of 45 companies including electricity providers, the electrical industry and the railways, with the original title of “Research Commission of the Swiss Electrotechnical Association (SEV) and the Swiss Association of Electricity Producers (VSE) for High-Voltage Issues”.

The objectives of this specialised technical association were to investigate atmospheric excess voltage and to study remedial measures for protection against damage to grid components by lightning strokes. To accomplish this mission, Dr Karl Berger was appointed as the Commission’s first Managing Director (the post title was then “Principal Investigator”). Since 1926, Dr Berger had been working on behalf of the Swiss Electrotechnical Association (now Electrosuisse) to measure excess voltage and pulse currents caused by lightning strokes in overhead lines and contact lines. For this work, he used a cold cathode ray oscillograph that was unique at that time.

The first measurements of this type were taken on the Forchbahn, a suburban railway line in Zurich. The Swiss Federal Railways (SBB) subsequently placed two decommissioned railway wagons at Dr Berger’s disposal to record lightning transients at further locations in Switzerland – providing him not only with a measurement laboratory but also a mobile home.

In 1943, a measuring tower was erected 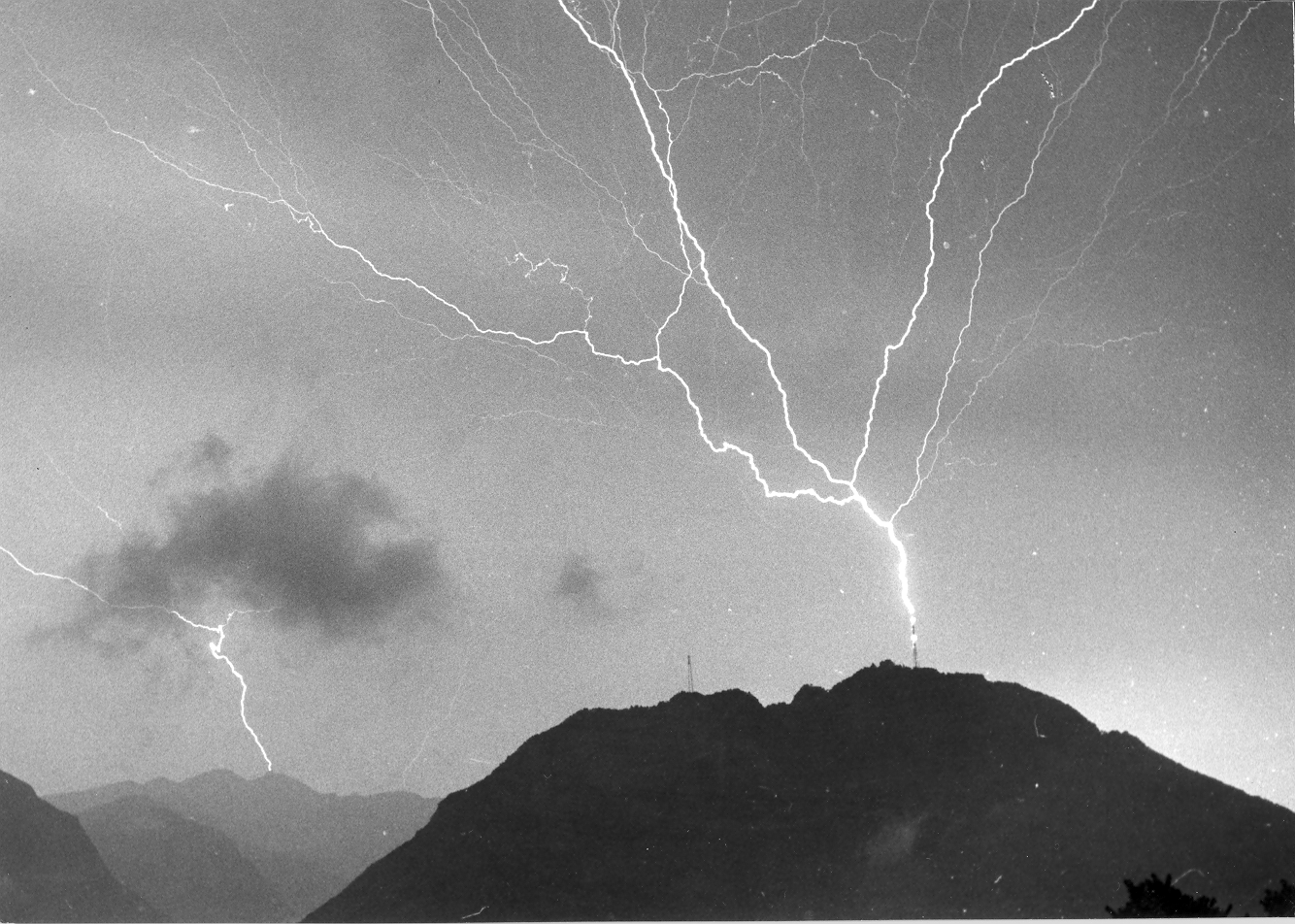 on Mount San Salvatore near Lugano (canton of Ticino) as the preferential impact point for lightning strokes. This made it possible to determine lightning currents with the help of loop-type and new wide-band oscillographs. The construction of a second lightning measurement tower in 1950 and the use of special cameras with fast-rotating film material (known as streak cameras) also made it possible to investigate the development of the visible part of lightning strokes over time. All these results were published periodically, providing the essential basis for understanding the effects of lightning, for drafting lightning protection standards and for the coordination of insulation in energy transmission grids.

In 1948, Karl Berger was appointed to the newly created Extraordinary Chair of High Voltage Engineering at the Swiss Federal Institute of Technology Zurich (ETH). In addition to managing business and experimental work at FKH, Berger headed the department and oversaw work in the High Voltage Laboratory at the ETH until 1969. 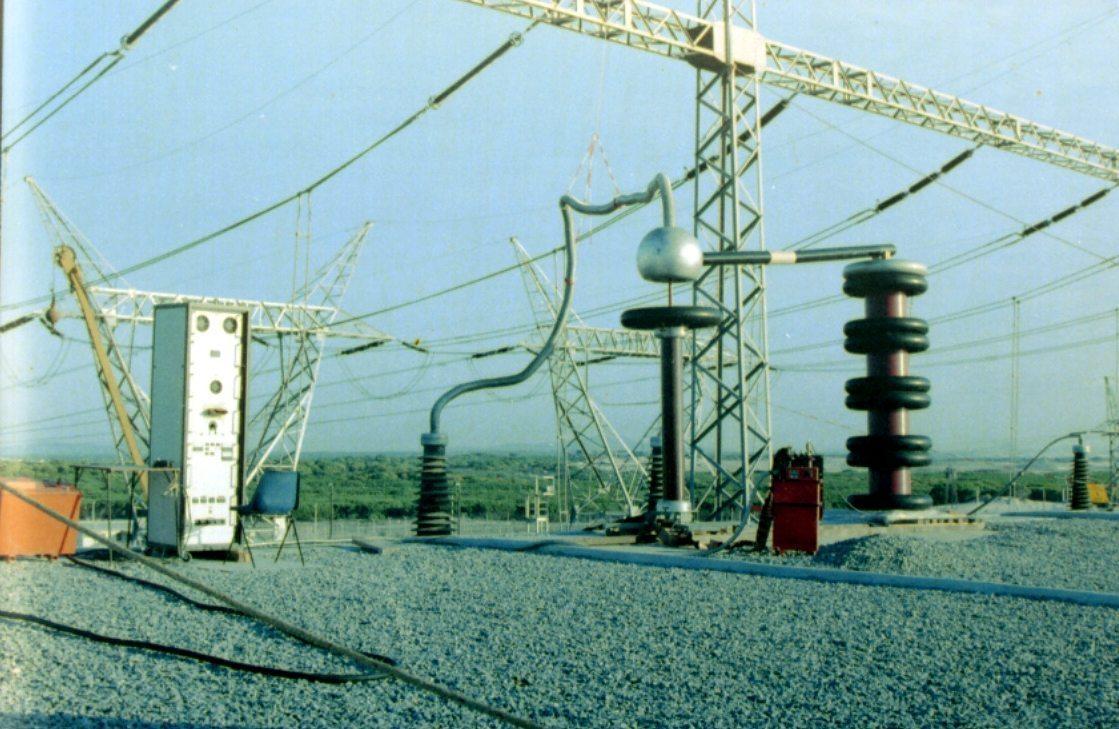 was founded, growth in lightning research and grid experiments was paralleled by an increase in testing service activities linked to the intensive development work on high-voltage equipment construction then being undertaken by industrial manufacturers. During the 1970s, the focus was on assignments involving impulse and AC voltage at the Experimental Station in Däniken.

Prof. Walter Zaengl, who headed the newly created Specialist Group for High Voltage Engineering at the ETH as the successor to Prof. Berger, developed an idea that again enabled FKH to step up its testing activities on members’ electrical installations.

For AC voltage tests on large capacitive loads (such as those on the newly emerging gas-insulated encapsulated switchgears (GIS) and on high-voltage cables), Zaengl proposed a mobile AC voltage testing system based on the principle of a frequency-variable series resonance circuit. A prototype was developed during the 1970s on the basis of collaboration between FKH and the ETH High Voltage Laboratory. With the help of the new series resonance testing method, FKH expanded its offering of on-site AC voltage tests both in Switzerland and abroad from 1980 onwards.

In the meantime, this idea has been implemented all over the world. Since the start of the new millennium, test equipment based on the series resonance principle has been in operation at many other testing facilities across the globe; systems with testing certification capabilities of up to several 10 MVA have been implemented. Nowadays, this test method is the cornerstone of FKH’s on-site testing activities. 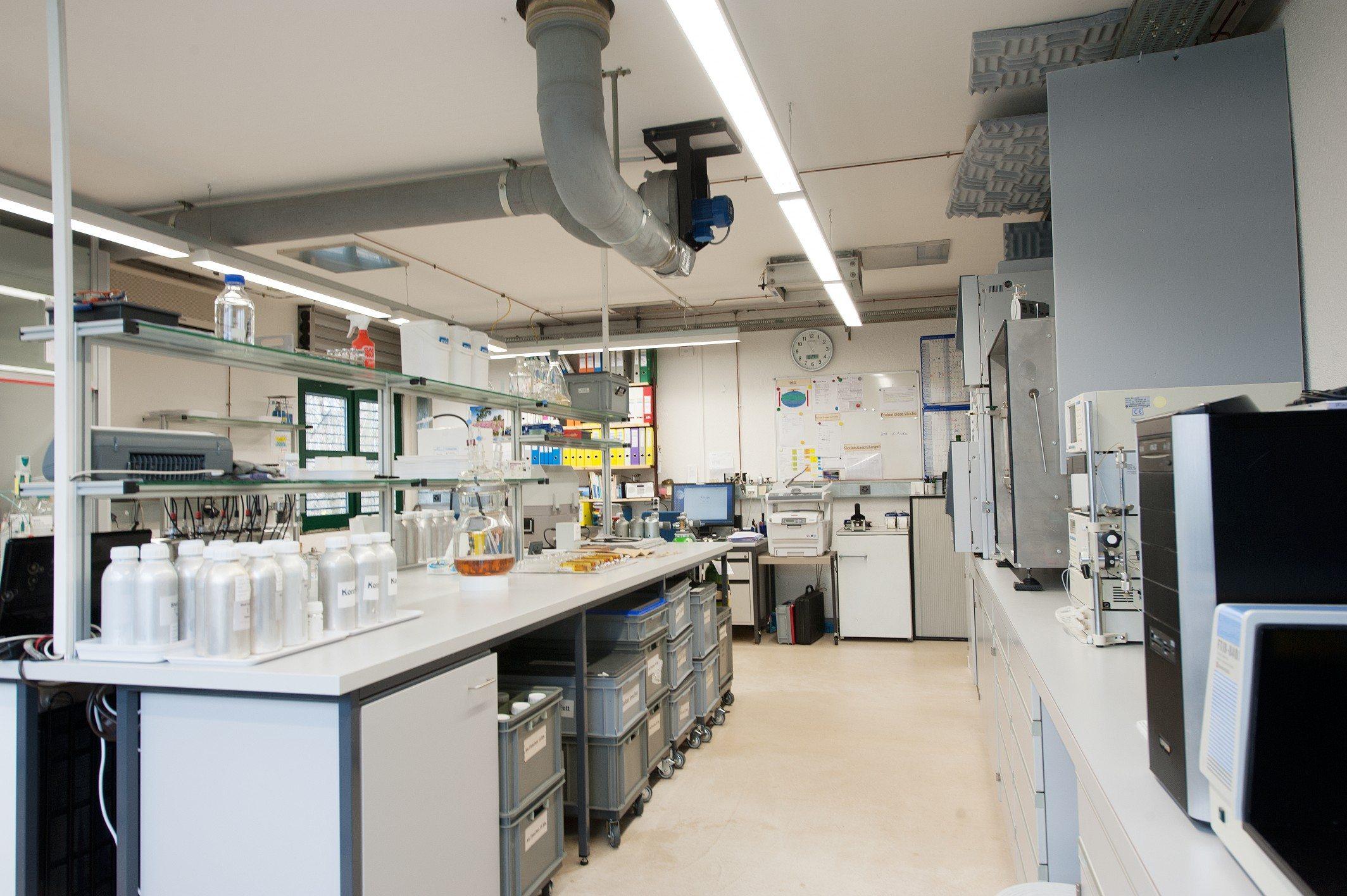 Another major step forwards in FKH’s evolution was the ongoing development of partial discharge (PD) measurement technology, which was soon utilised in FKH’s on-site inspection work as an elegant and informative method for non-destructive testing of equipment insulation. During the 1990s, the range of services in the insulation diagnostics segment was extended to include all high-voltage equipment including large transformers.

A laboratory with modern facilities for insulating oil analyses was set up at the Däniken Experimental Station in 2003 to carry out insulation diagnoses on oil-insulated operating equipment. FKH passed another major milestone by adding informative and efficient chemical analyses to its portfolio of diagnostic methods.

Thanks to the heavy demand for its services, FKH has recently been able to comprehensively refurbish and extend its building infrastructure at the Däniken Experimental Station, as well its high-voltage testing equipment.

On 9 May 2012, as part of its 75th anniversary celebrations, FKH invited its members to the Experimental 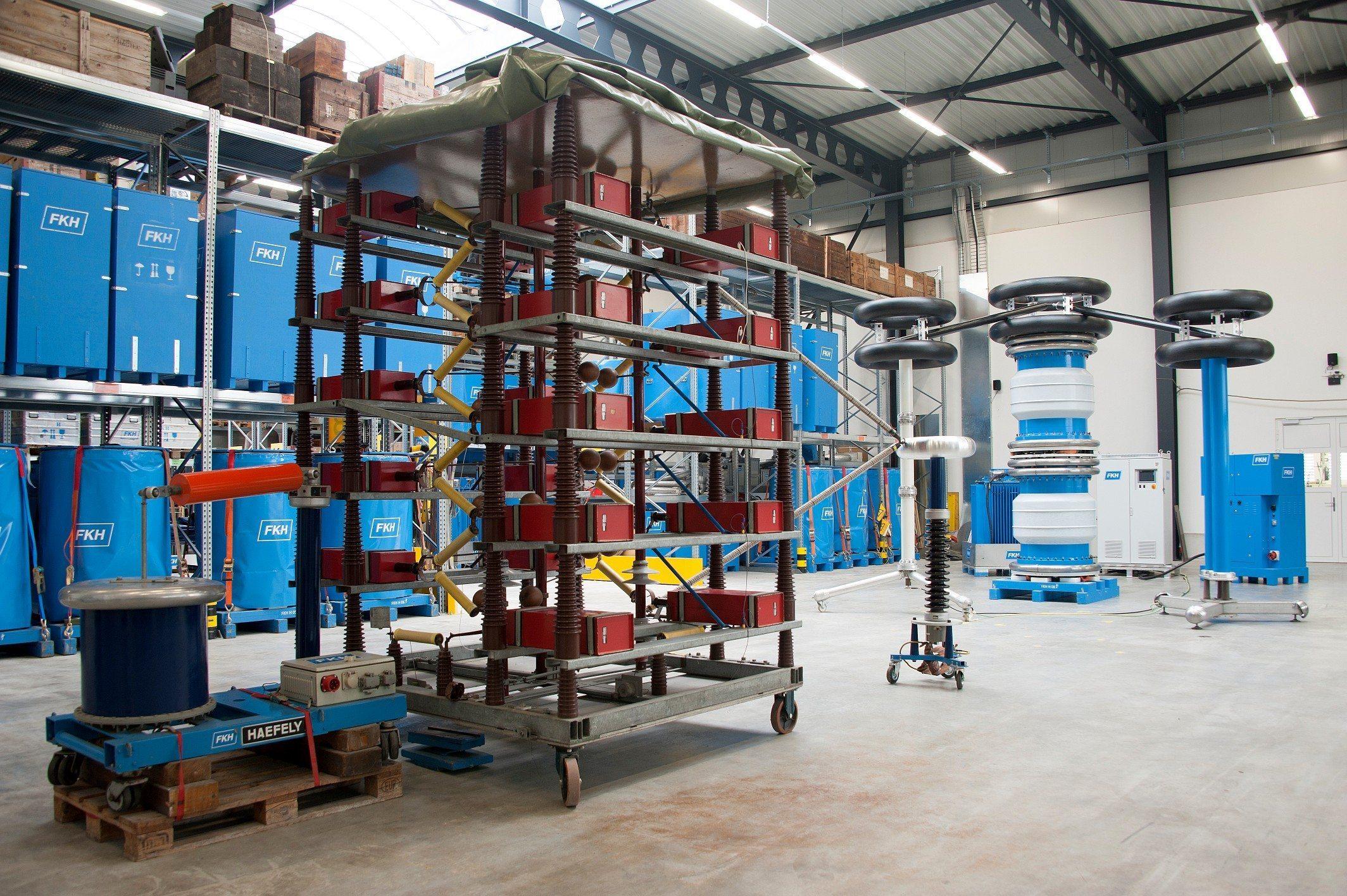 Station in Däniken and thanked them for their great interest in its work, sustained over multiple generations. Nowadays, FKH presents itself as a recognised independent institution in the industry, offering a wide range of testing services in the high-voltage sector with a strong focus on insulation diagnostics. It is clear that FKH is based on a concept that ensures long-term success: the neutral structure of an association, providing specialised services and engaging in targeted activities that focus on promoting young talents and know-how in collaboration with power supply entities, the manufacturing industry and higher education institutions.